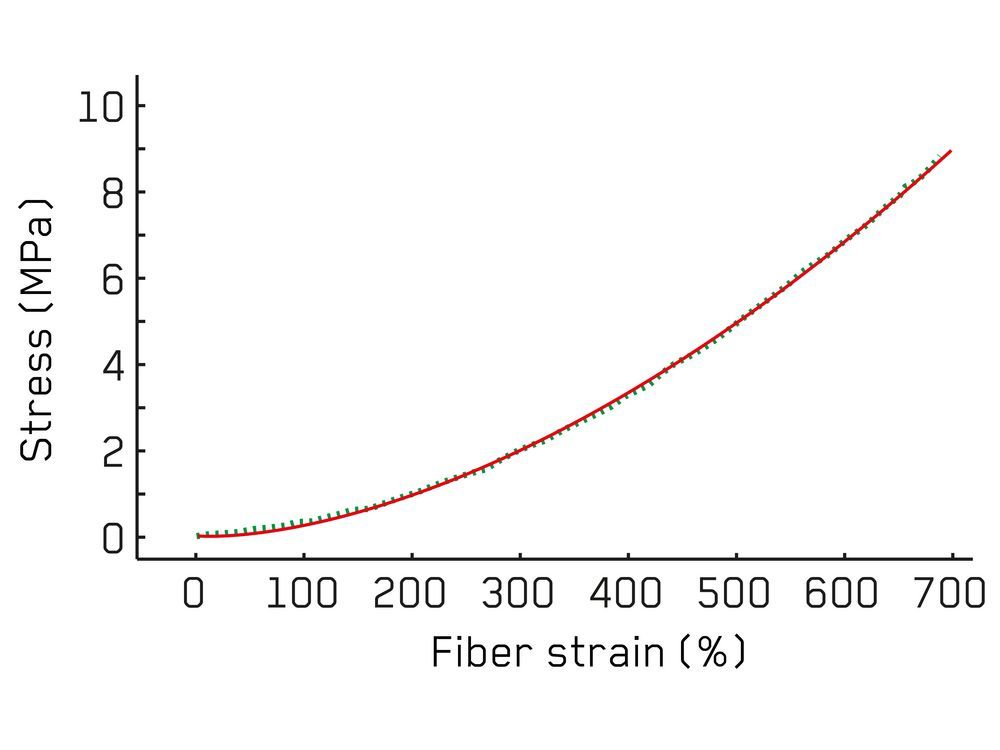 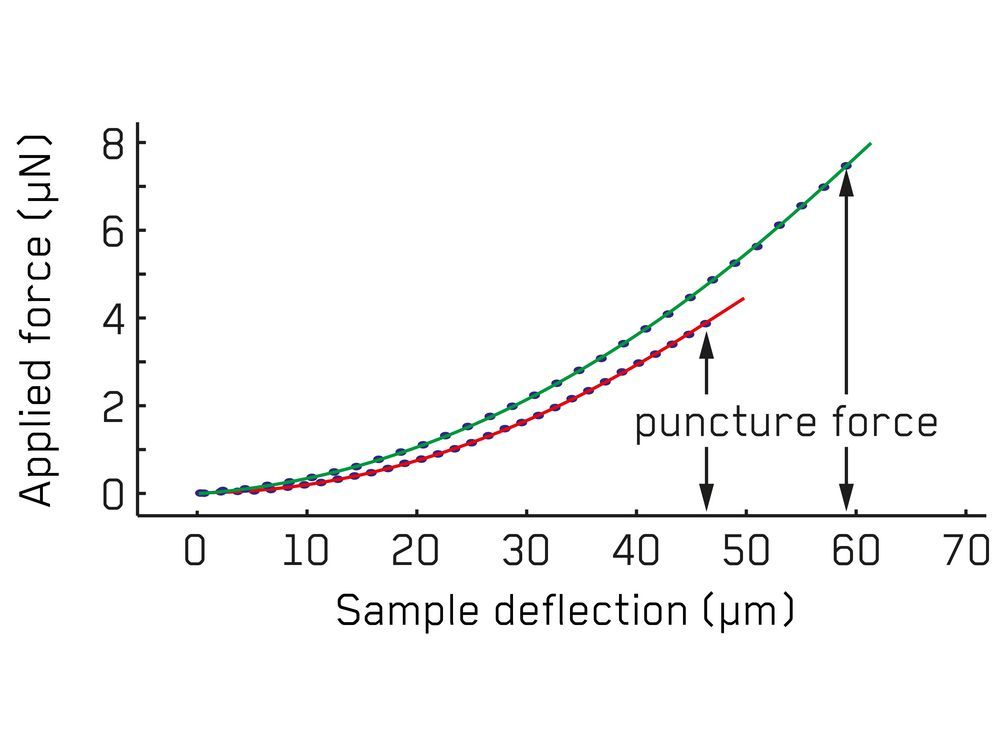 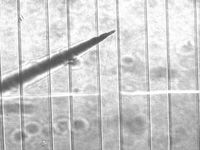 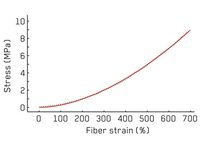 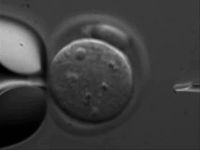 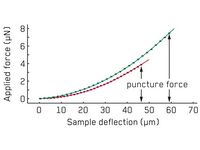 Fibronectin (Fn) fibers are protein fibers, which are found in the extra cellular matrix of cells and connective tissue, that play an important role in early wound repair. The mechanical characterization of Fn fibers gives insight into their structure and the mechanisms involved in their folding and unfolding.For the micromechanical testing of the Fn fiber, the FT-RS1002 Microrobotic System is mounted on an inverted, confocal microscope. Fn fibers are deposited across the trenches of a microfabricated PDMS grid and rehydrated in PBS buffer. After aligning the microforce sensing probe tip relative to the Fn fiber, the automated tensile testing sequence is started. The tensile force applied to strain the fiber, the calculated stress (force per unit cross sectional area of the Fn fiber), and the stiffness (slope of the stress-versus-strain curve) are given as functions of the measured fiber extension. (ETH Zurich)

For the mechanical testing of the zona pellucida (ZP) of a mouse, the FT-RS1002 Microrobotic System is mounted on an inverted microscope. The mouse oocytes/embryos are held using a micropipette. The mechanical investigation of the ZP of the oocyte/embryo is conducted by pushing the tip of the FT-S Microforce Sensing Probe stepwise against the ZP while recording the applied force and the deformation of the ZP. From the resulting data, it can be seen that embryo membranes endure much larger deformations than oocyte membranes before being punctured. (ETH Zurich)