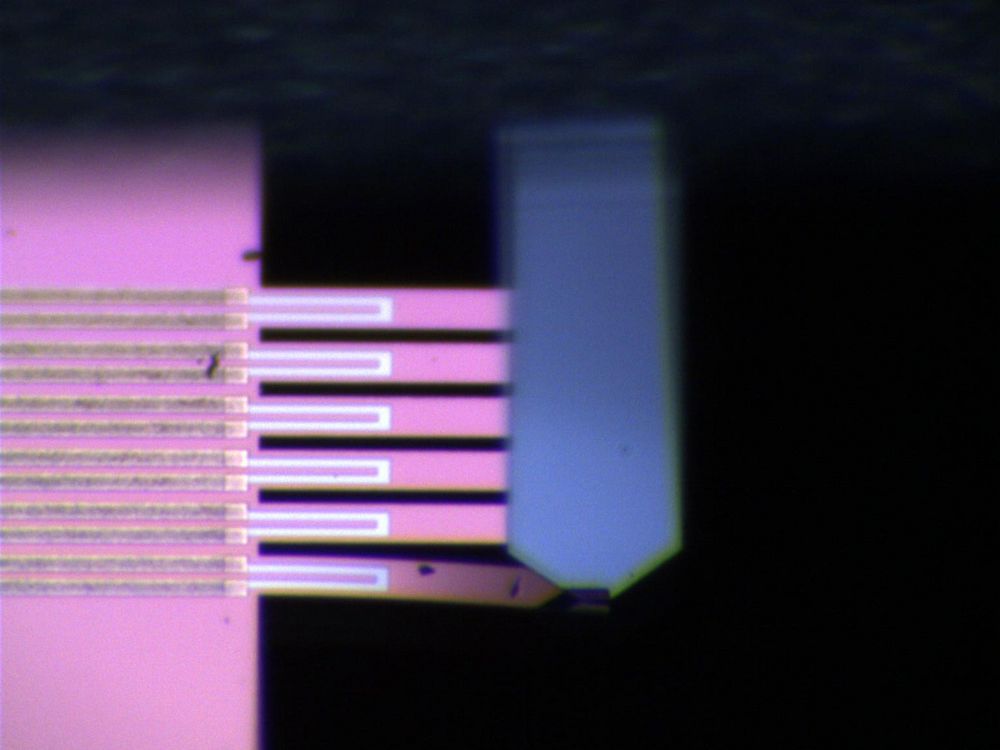 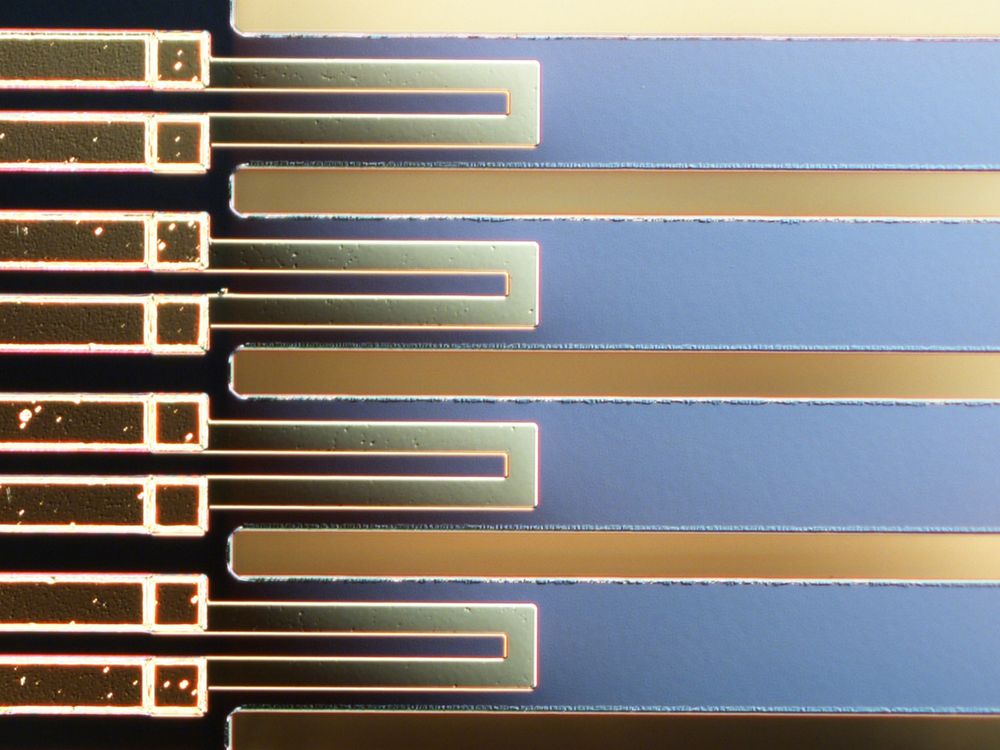 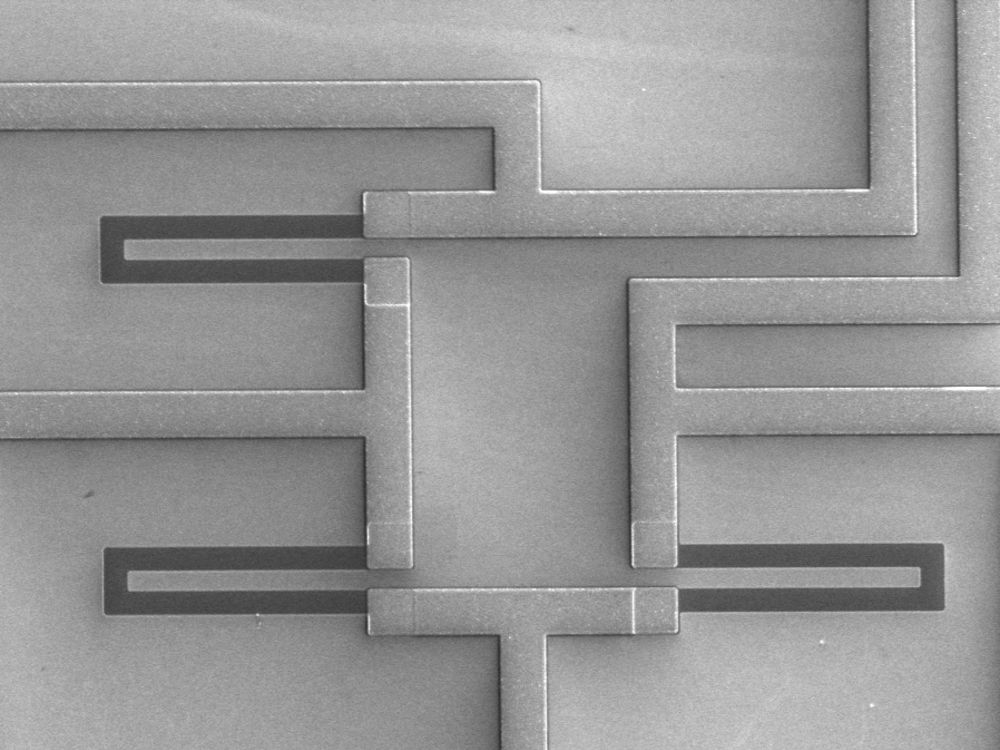 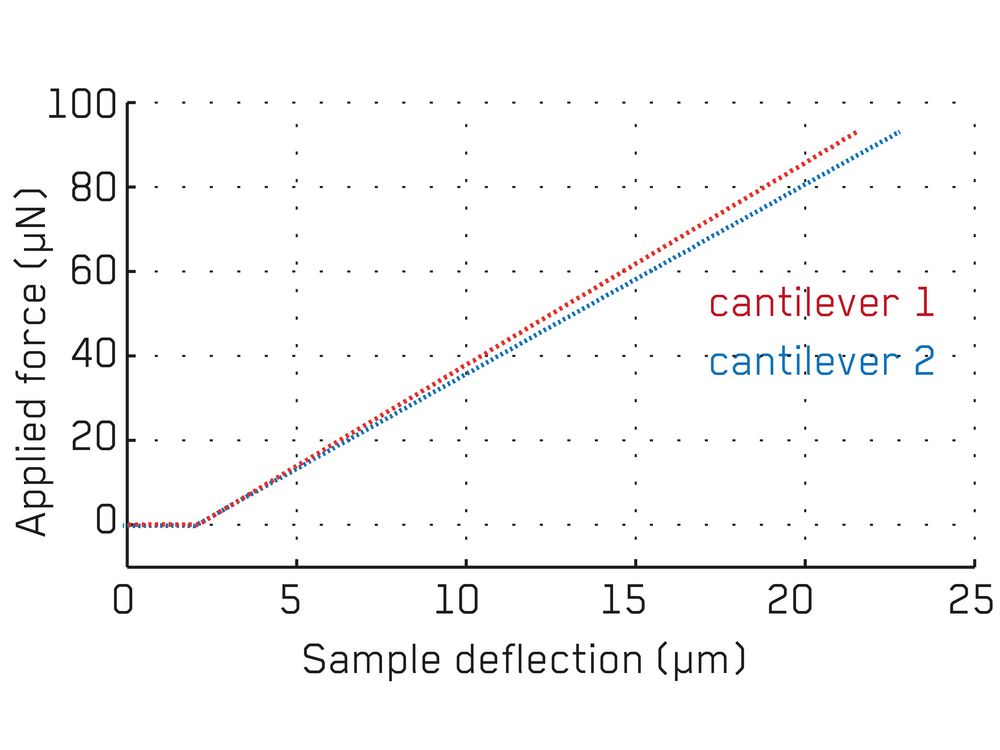 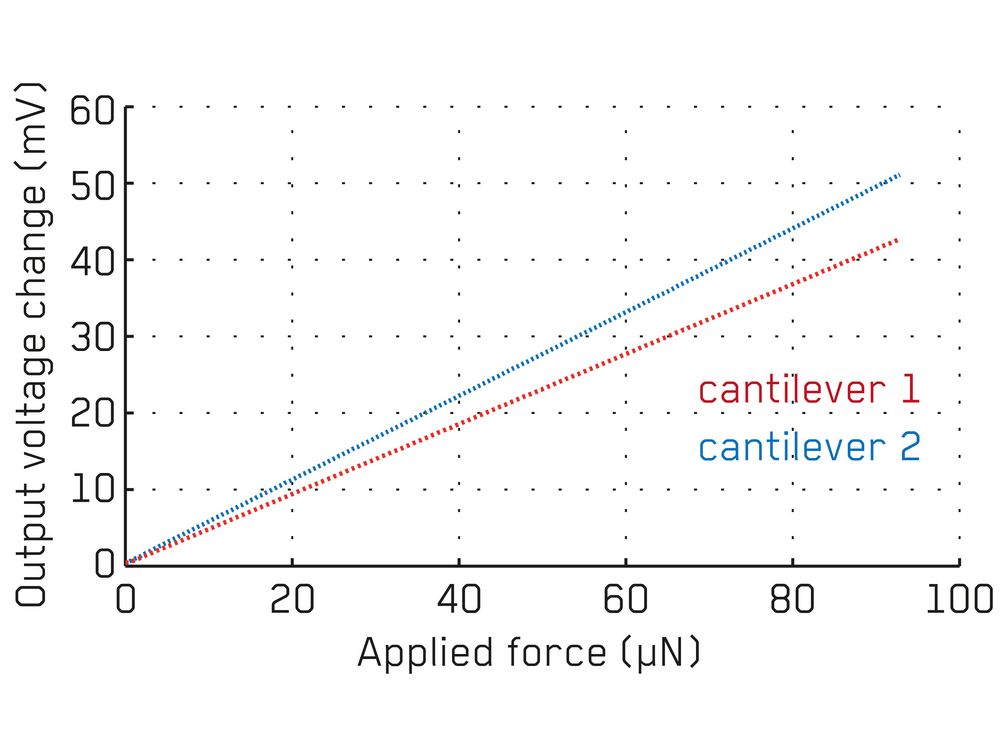 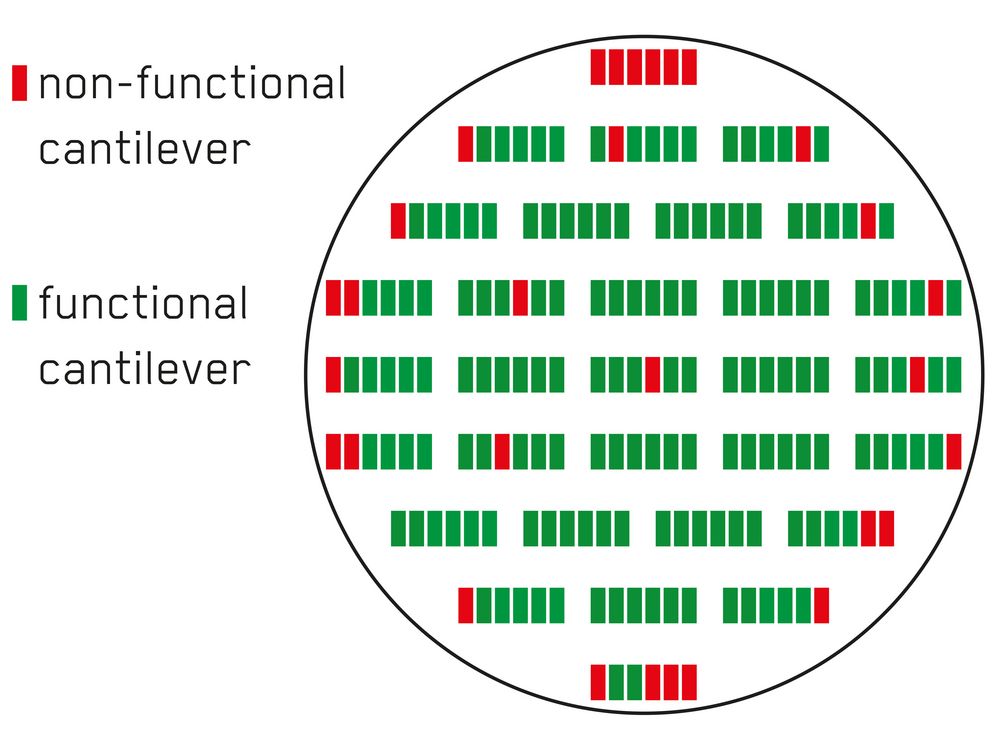 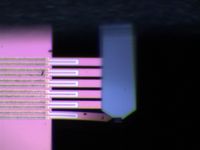 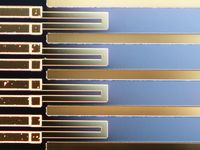 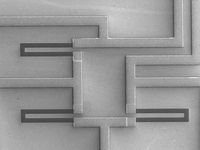 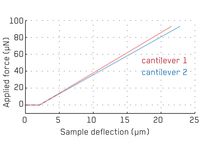 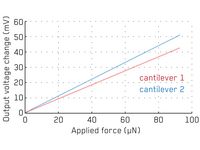 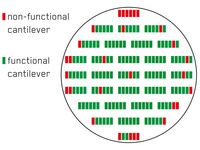 To increase the efficiency of dip-pen nanolithography systems, a MEMS chip featuring an array of six cantilevers for parallel writing has been developed. To correct for the tilt angle between the cantilever array and the sample substrate, each cantilever is equipped with a piezoresistive sensor that measures the contact force of each cantilever. The piezoresistive elements have been fabricated by ion-implantation and a Wheatstone bridge has been integrated to accurately convert the small resistance change into a voltage change.For the characterization of the cantilever array, the first important device property that is tested is the stiffness of each individual cantilever. For this purpose, the FT-MTA03 Micromechanical Testing and Assembly System is used to automatically perform a compression test on each cantilever. The force-deflection curve for two cantilevers is illustrated in the graph. Next, the output signals of the cantilevers are tested with respect to the applied force. For this purpose, the Wheatstone bridge is electrically connected with the multipurpose I/O-port of the FT-MTA03. This enables the application of a supply voltage and the measurement of the output voltage. Furthermore, the output voltage can be directly correlated with the force / position data of the mechanical test.