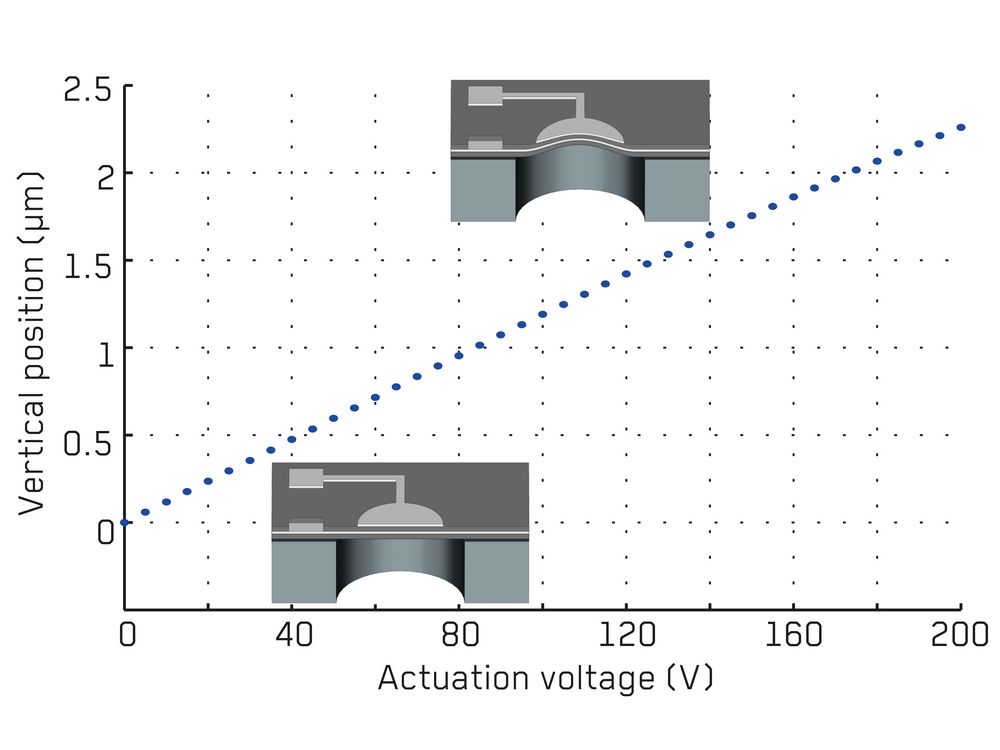 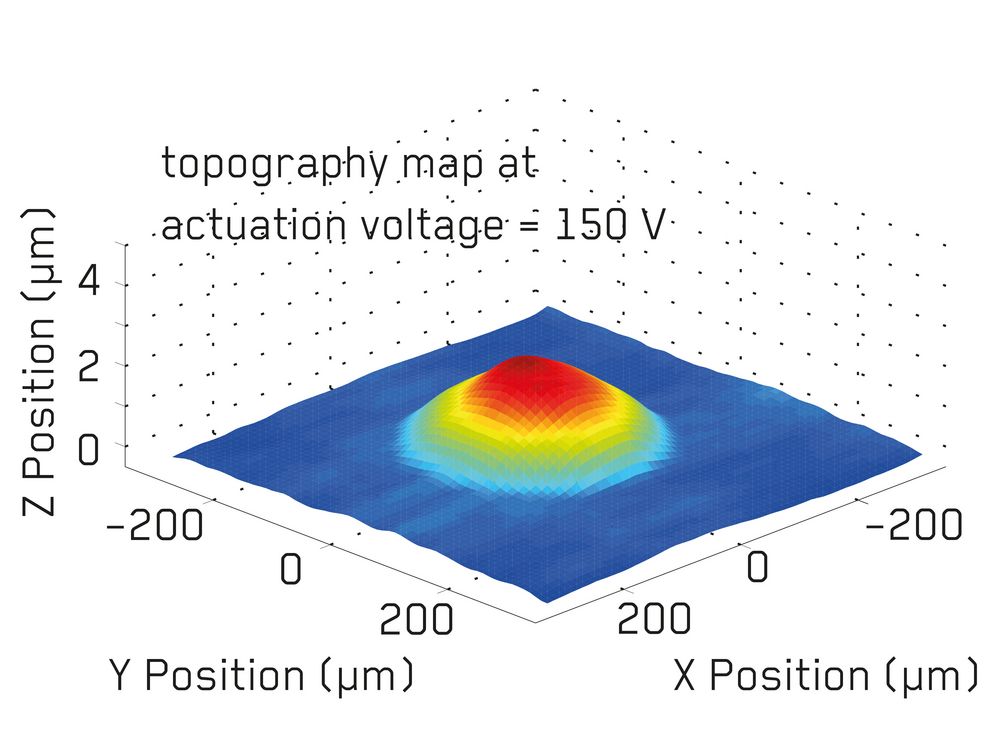 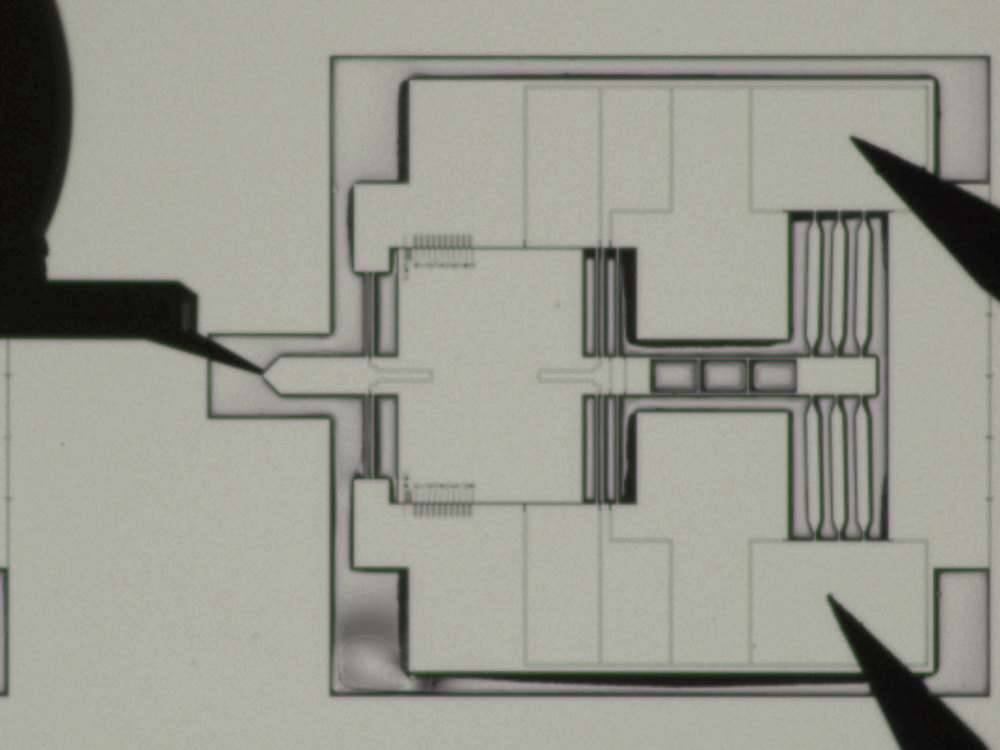 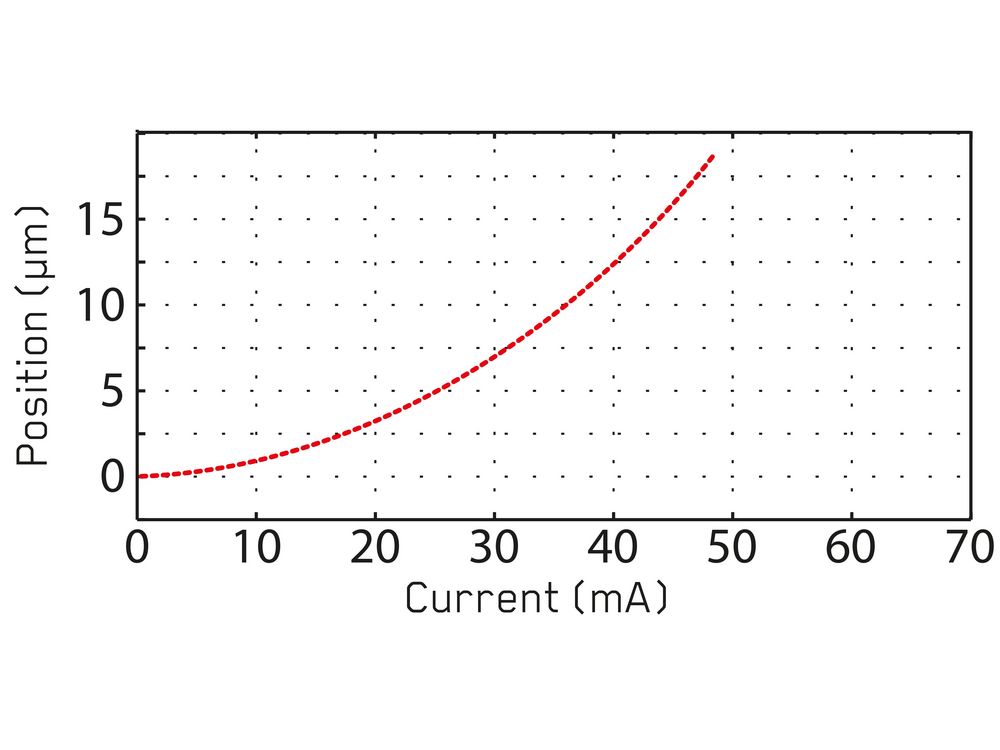 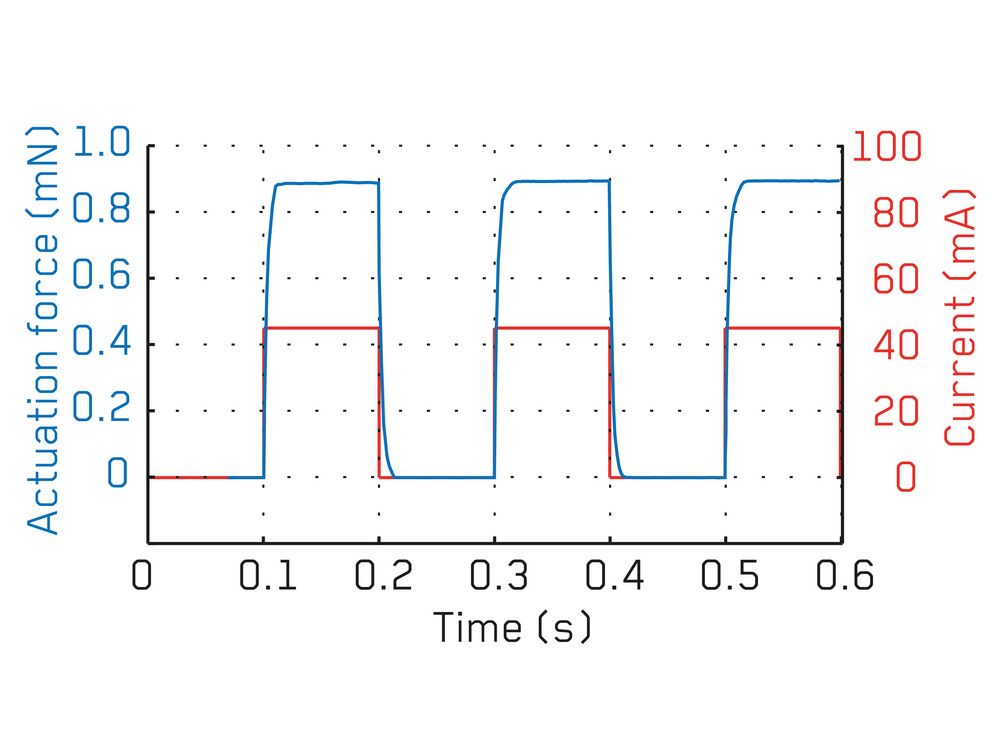 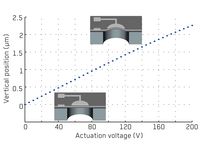 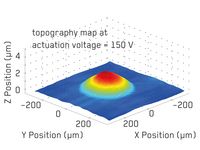 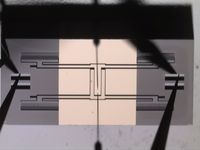 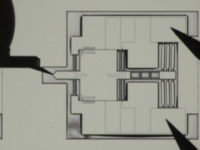 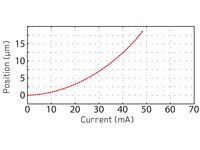 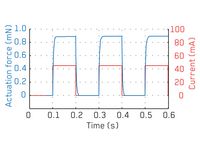 By compression testing of the micromembrane , its stiffness, linearity and hysteresis can be determined. For the electro-mechanical testing of its actuation range and actuation force, a voltage from 0 to 200V is applied using an auxiliary amplifier and synchronized with the FT-MTA03.

Compression tests are performed at different locations along the length of the micromirror, at different distances from the rotation axis, using the FT-MTA03. From the resulting data, the rotational stiffness is calculated. For the measurement of the actuation angle and the actuation torsional moment, a voltage is applied to the electrostatic actuator while measuring the generated force or the generated deformation at a known distance from the rotation angle.

In this application, an electro-thermal microactuator is tested. The design features a series of six V-shaped expanding beams in a parallel configuration. The increase in temperature is achieved by electrical resistive heating of the V-shaped beams. Combined electro-mechanical testing enables the quantitative characterization of the actuator performance.