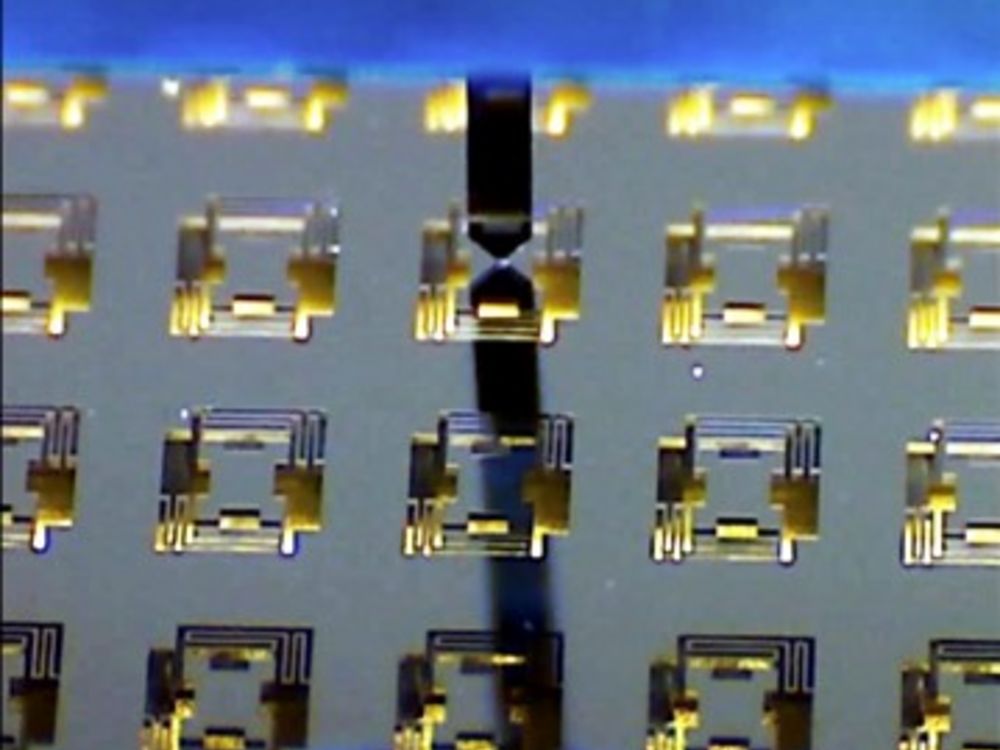 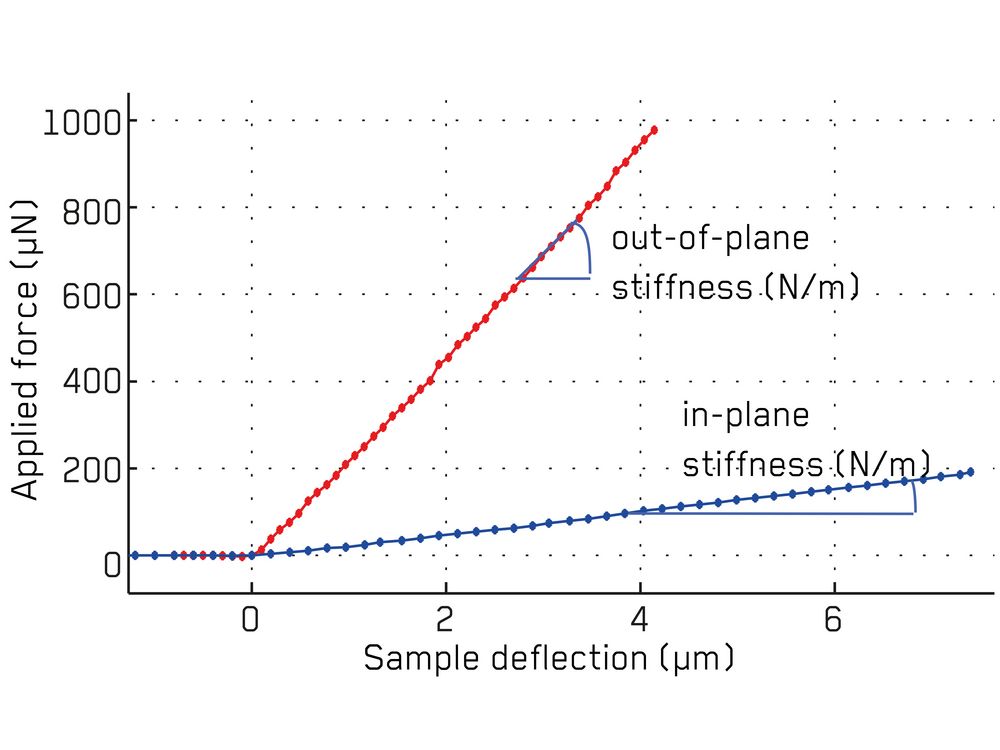 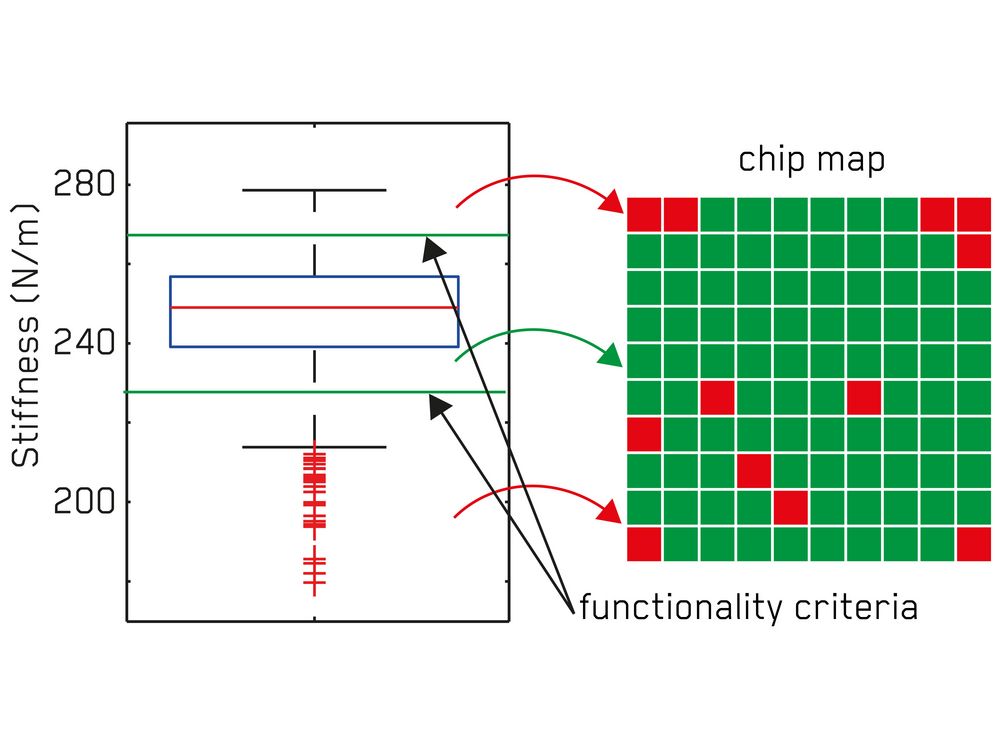 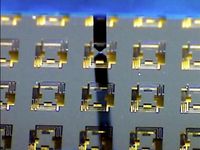 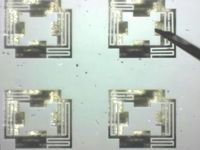 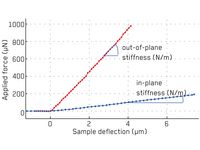 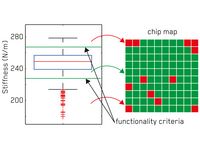 Micro-Electro-Mechanical Systems combine electrical as well as mechanical components on a single chip. Therefore, the reliable testing of MEMS requires the characterization of both the electrical and the mechanical properties.

For the accurate quantification of the mechanical stiffness of suspended structures on a MEMS chip, in-plane and out-of-plane compression testing is performed. The FT-MTA03 Micromechanical Testing and Assembly System is used to apply a force vertically onto each of the suspended structures while recording the resulting deformation. From the resulting force-versus-deformation data, the stiffness, spring linearity, hysteresis and repeatability of the MEMS structure can be quantified. During the in-plane testing, the force needs to be applied within a narrow gap. Therefore, the FT-S-LAT Lateral Microforce Sensing Probe is used. Its geometry enables the contacting tip to be placed within the narrow gap and to apply a horizontal force.

To assess the life-time and failure of movable MEMS structures, the FT-MTA03 can be used for fatigue testing. For this purpose, a cyclic load (force-controlled) is applied to the suspended structure while measuring the deformation. By continuously monitoring the resulting force-versus-deformation data, any changes in the material (such as the initiation or propagation of cracks) can be detected.